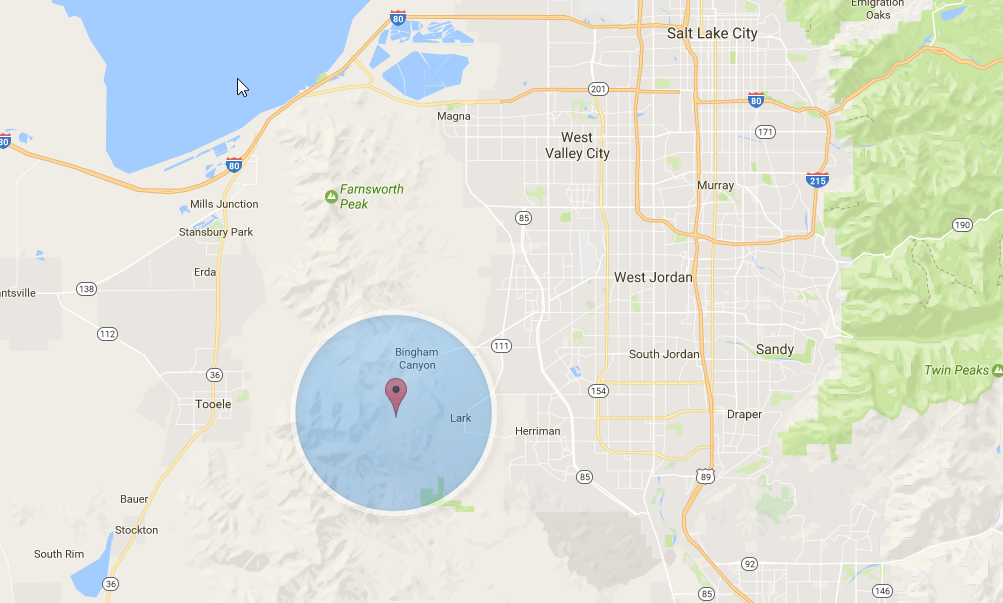 Bingham was a city formerly located in southwestern Salt Lake County, Utah, United States, in a narrow canyon on the eastern face of the Oquirrh Mountains. The Bingham Canyon area boomed during the first years of the twentieth century, as rich copper deposits in the canyon began to be developed, and at its peak the city had approximately 15,000 residents. The success of the local mines eventually proved to be the town's undoing, however: by the mid-twentieth century the huge open-pit Bingham Canyon Mine began encroaching on the community, and by the late twentieth century the Bingham town-site had been devoured by the mine. No trace of the former town remains today.

The geographic feature known as Bingham Canyon received its name from the location's two first settlers, the brothers Thomas and Sanford Bingham, who arrived in the canyon in 1848. Initially, the area was utilized for livestock grazing and logging, but the region's economic focus changed with the 1863 discovery of rich gold and silver ore bodies in the canyon. Mining activity in Bingham Canyon boomed after the Bingham Canyon and Camp Floyd Rail Road completed a line t

o the canyon in 1873, and as the region grew the focus shifted to the high-quality copper ores in the district. As the mines grew, the town of Bingham also expanded, spreading along the narrow and steep canyon floor below the mines. 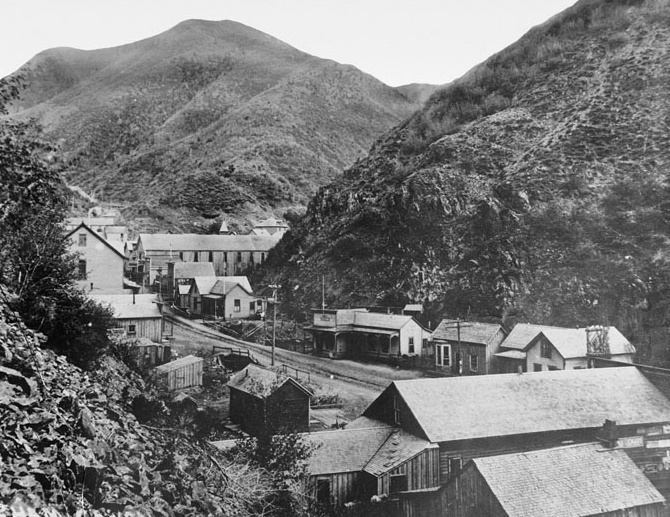 The Bingham Canyon mines experienced their greatest boom during the first years of the twentieth century, as the district's smaller mines were consolidated under large corporate ownership. The most significant development occurred in 1903, when Daniel C. Jackling organized the Utah Copper Company to begin surface mining at Bingham Canyon. The Utah Copper Company's mine prospered, and this brought a tremendous influx of new residents into the canyon. The town of Bingham Canyon was officially incorporated on February 29, 1904.[2] By the 1920's, the city of Bingham was at its peak, with perhaps 15,000 inhabitants. Urban development spread for some seven miles along the single, narrow road winding up the steep canyon floor.

Bingham Canyon is located between Tooele and Herriman in a deserted desert area.

As with many western mining towns, the Bingham Canyon area evolved into a collection of diverse neighborhoods, many with pronounced ethnic affiliations. Many Scandinavians lived in the Carr Fork area, while southern and eastern Europeans congregated in Highland Boy, which was in another branch canyon toward the top of the main city. As the main street in the bottom of the canyon grew, Copperfield became the name of the upper section of the main town. Bingham itself attracted British, French, Irish, Puerto Rican, Mexican, and other immigrants and ethnicity.

Numerous other small neighborhoods and communities also existed. Most took the name of the mine where they were located. Commercial, Boston Con, and "the Niagara" were the first three communities to be mined away or covered, as the last one was by Galena Gulch waste dumps. Others were The Galena, Old Jordan, Silver Shield, these three found in Galena Gulch, along with Niagara. Telegraph was in the upper part of the canyon, along with Copperfield, which was threatened when the mining excavating was expanded and a long one-way tunnel was built before 1940 to allow traffic to reach the upper communities. Many names were colorful: Terrace Heights, Dinkeyville, Jap Camp, and Greek camp were sections of Copperfield. The Frisco, Yampa, Phoenix, and Apex were in Carr Fork along with Highland Boy. Further down the canyon were Markham, Freeman, and Frog Town (lower Bingham).

Thank you for visiting our Bingham UT Real Estate Guide. If you have anything you would like to add to our Real Estate guide please contact us.

The Following Properties for sale are within a 5 mile radius of the Bingham Canyon Ghost Town.

Login
Save Search
Recommended For You
Favorites
Email Alerts
Contact Us

Show Map
Sorted by
1 - 9 of 9 | Previous Page 1 of 1 Next
Previous Page 1 of 1 Next
The multiple listing information is provided by Wasatch Front Regional Multiple Listing Service, Inc. from a copyrighted compilation of listings. The compilation of listings and each individual listing are © 2021 Wasatch Front Regional Multiple Listing Service, Inc., All Rights Reserved. The information provided is for consumers' personal, non-commercial use and may not be used for any purpose other than to identify prospective properties consumers may be interested in purchasing. Information deemed reliable but not guaranteed accurate. Buyer to verify all information.

Save favorite listings, searches, and get the latest alerts

Save your favorite listings, searches, and receive the latest listing alerts 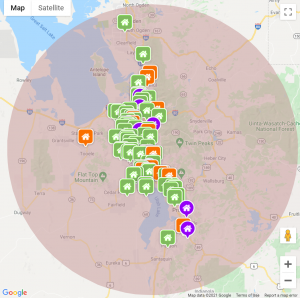 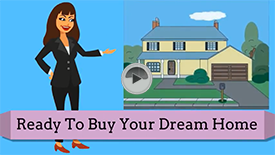 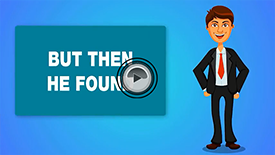 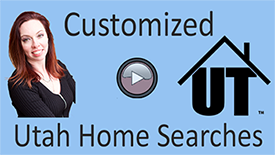